The UK is often described as a property-owning democracy.

But with a lack of available housing resulting in higher prices and the days of the 100-per-cent mortgage a distant memory, getting on the property ladder has become increasingly difficult. 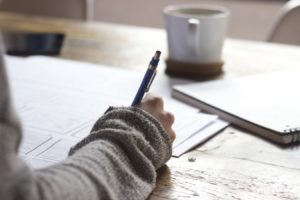 The biggest obstacle – certainly for those without reserves of cash – is the deposit. Because without a deposit of at least five per cent (ideally, more) of your chosen property’s value, you won’t get a mortgage.

However, hope is not lost. These tips can point you in the right direction.

Look into a Lifetime ISA

Now the government’s Help-To-Buy ISA has finished, homebuyers should look at the Lifetime ISA (‘Lisa’), which lets anyone between 18 and 39 save up to £4,000 year without paying income tax on the interest. Even better: if you use the money for a deposit, the government will give you a 25 per cent bonus on top. A word of warning: if you take the money out for anything else apart from a house deposit (or retirement), you’ll be hit with a 25 per cent exit fee.

Short-term saver? Go to your bank

The simplest way to build your deposit is by using a savings account (current average interest rate: 1.5 per cent). However, the bank might stipulate how much you can put in, and may not let you take out the cash for at least 12 months. If that’s too restrictive, and you have less than a year to save up, use a flexible current account instead.

Cut back on rent

Renting is expensive and leaves a big dent in your finances. The options are therefore stark but straightforward. If you rent a two-bedroom place, move to somewhere smaller. If you’re in an expensive area, go to a less salubrious place. And if you can – and they’re willing to have you – move back in with your parents. Speaking of which…

Take a loan from the bank of mum and dad

Lenders look dimly on people using a bank loan for a deposit, so speak to your parents about whether they can lend you money. Even if they don’t have a lump sum to give you, they may be able to use their own home to generate ‘equity release’ – ie: borrowing against the value of their property (up to 50 per cent of its value). To avoid future arguments, make sure you’re both clear about the repayment terms.

Reduce all your costs (even for the fun stuff)

It sounds like common sense – because it is – but the best way of saving is reducing your costs. Don’t upgrade your phone (get a SIM-only plan); ditch the summer holidays and weekends away; cut out expensive meals; buy a cheap bike so you can ride to work, and lose the satellite TV channels. It all adds up.

Video – Top 5 Tips For Getting on The Property Ladder