Mortgage rates: can you get a better deal when the Bank of England base rate is reduced?

The Covid-19 pandemic is like nothing we’ve witnessed before. Not only is it putting health systems around the world under previously unimaginable levels of stress but its effect on the economy – now, and in the long run – is also damaging.

In the UK, the most obvious sign that things are seriously awry was the announcement that the Bank of England had made a second emergency cut to its base rate from 0.25 per cent to just 0.1 per cent – an historic all-time low. 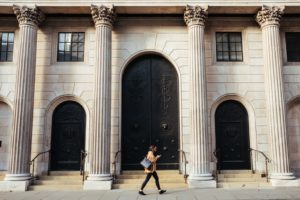 The base rate is the rate at which the Bank of England charges other financial institutions to borrow money, something that’s usually reflected in the interest rates available to borrowers and savers.

However, despite the fall in the base rate, so far, the mortgage rates providers are offering have remained the same. This is because mortgage lenders base their interest rates on the ‘swap rate’ – the rate at which they lend to each other – and if it’s high, it’s a sign that lenders are wary about what lies ahead. That means they’re reluctant to bring interest rates down on mortgages.

There are various types of mortgages, and some are more affected by changes in interest rates than others. Whether you’ve got a mortgage or are thinking about applying for one, it’s worth seeing which one is most beneficial to you.

A fixed-rate mortgage is self-explanatory. You agree a fixed term and interest rate with your lender, which means if interest rates go up, your payments stay the same. However, this works in reverse too – you don’t gain if rates go down.

If you’re happy to have an interest rate which does follow the BOE rate, you might be better with a variable-rate loan like a ‘tracker’ mortgage. This follows the Bank of England base rate for a fixed term, meaning you will benefit when rates go down (but, unsurprisingly, take the hit if they go up).

If you haven’t applied for a new tracker or fixed-rate mortgage before your current tie-in period one ends, you’ll automatically end up on the lenders Standard Variable Rate (SVR). Like a tracker, the interest rate can rise and fall. The rate is set by your lender, but they’re usually at a higher rate of interest in the first place.

The COVID-19 pandemic may be disrupting virtually every aspect of everyday life but however long this lasts, if your current mortgage rate is coming to an end, it’s worth looking into ‘remortgaging’ – i.e. negotiating a mortgage with a new lender or securing a new product with your existing lender. But be aware, if you leave your current lender before the fixed term ends, you’ll likely be charged an early redemption fee.

Whichever mortgage you choose, it pays to have an independent mortgage advisor like Charles Cameron on your side. At a time of ultra-low interest rates, our clear-headed, unbiased advice can help you get a mortgage product that suits your circumstances long after the current crisis is just a memory.

Video – Which way next for the UK property market?