July 6, 2022
Information published was correct at the time of writing 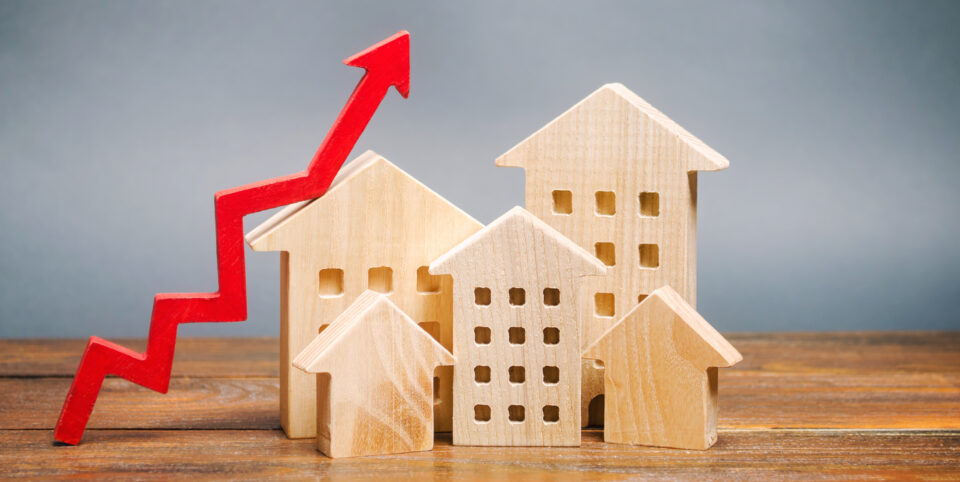 THE UK RENTAL MARKET last year continued to see strong demand, which caused rents to increase and the time it took landlords to let a property to decrease. But while renters are returning to cities, the rise in demand is not being met by an increase in the number of homes available to rent, forcing rents higher.

However, the good news is that despite the increase in rents, affordability has remained largely unchanged thanks to rising pay, with rents accounting for an average of 37% of a single tenant’s monthly income[1].

PANDEMIC-INDUCED SEARCH FOR SPACE
Households looking for the flexibility of rental accommodation, especially students and city workers, are back in the market after consecutive lockdowns affected demand levels in major cities. Average UK rents, excluding London, increased by 6% during last year. Strong rental growth has been driven by a return of workers to city centres and students to universities. Renters have been opting for larger, more expensive, properties as part of the pandemic-induced search for space.

EXPERIENCED THE BIGGEST JUMP
Last year the South West experienced the biggest jump in rental growth at 9%, due to its popularity as a place to live, followed by regions where renting remains most affordable, namely Wales, where rents have risen 7.7% year-on-year and the East Midlands at 6.9%.

Rent increases are running well ahead of the five-year average in many of the UK’s largest cities, with Bristol seeing the strongest rise of 8.4%, while Nottingham wasn’t far behind at 8.3%, and Glasgow was in third place at 7.2%.

OFFICES REOPEN AND CITY LIFE RESUMES
Even in London, rents, which fell lower for 15 months in a row, are rising again, increasing by 1.6% as offices reopen and city life resumes. Despite the bounce back, rents in the capital are still 5% lower than they were at the start of the pandemic, following significant falls during the past 18 months.

During August last year, the government announced that a gradual return to offices could begin with the proviso that home working continues to be an important mitigation for controlling the virus. Subsequently, many companies pushed their return-to-office dates to 2022, meaning there will now be a need for more rented accommodation as workers return to urban and city places of work.

WHAT’S DEMAND FOR RENTAL HOMES LIKE?
Across the UK as a whole, demand from renters is 43% higher than the five-year average. The net result is a fast-paced market with homes taking an average of just 15 days to rent across the UK. Unfortunately, this increased demand is not being met by a rise in the number of homes available to rent, with properties on the market 43% below the five year average. The lack of supply is being driven by a combination of long-term factors which have caused landlords to exit the sector, such as the 3% stamp duty surcharge on additional properties, and the post-lockdown spike in demand.

WHAT COULD THIS MEAN FOR YOU?
If you’re a landlord with a property to rent, the dual trend of rising demand and higher rents is good news for you. The current buoyancy of the rental market may mean it’s a good time to think about extending your property portfolio. But bear in mind that demand patterns have changed compared with during the height of the pandemic, with renters returning to city centre locations.

Tenants looking for a new home to rent have two issues to contend with, namely intense competition and rising rents. They may find they’re able to get somewhere with a lower rent if they’re prepared to compromise on property type, such as opting for a flat rather than a house, or choosing a less central location.

WHAT’S THE OUTLOOK?
Looking ahead, the shortage of homes available to rent looks set to continue due to lower levels of investment by landlords. Meanwhile, demand is also expected to be strong as the employment market remains relatively robust and there is still pent-up demand, particularly for homes in city centres. This mismatch between supply and demand will continue to push up rents.

Overall, rents across the UK, excluding London, are likely to end 2022 4.5% higher than they started it, while rents in London are likely to rise by 3.5% to exceed their pre-pandemic levels.

Don’t forget, our professional, friendly advisers are on hand to support you and can help you explore all of your options.

Video – Top 5 Tips For Getting on The Property Ladder

Meet With Us
Manage Cookie Consent
We use cookies to optimise our website and our service. For more information, please see our
Manage options Manage services Manage vendors Read more about these purposes
Preferences
{title} {title} {title}