Much of the difficulty around buying a property comes from the money side: saving for a deposit, getting a mortgage with a favourable interest rate, and budgeting so you can live a decent existence.

But there’s another decision that has to be taken. Something that will live with you years after your initial financial difficulties have been overcome. 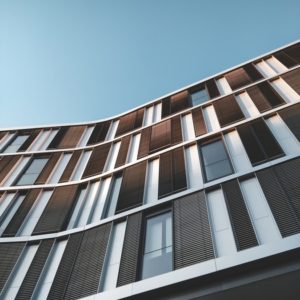 What sort of property are you going to buy?

A new survey by Admiral Insurance shows that for British people, new-builds – houses and apartments built since 2000 – are the UK’s favourite, with 23 per cent choosing them over any other style. In second place come Victorian properties, with Georgian homes, those constructed between 1721-1810, in third.

“There’s no doubt that new-builds are worth looking at, whether you’re a first-time buyer, existing homeowner or landlord looking to invest,” says Simon Nimmo from Charles Cameron. “As this survey shows, people like their ecological credentials and the fact they require less upkeep than older properties.”

Despite this, it’s not all good news for new-builds. According to the Admiral survey, 38 per cent of people associate them with small bedrooms, while 37 and 36 per cent respectively think they have too-small living rooms and insufficiently-sized gardens – as well as a lack of character.

Period properties have always had an allure for British buyers, and the ideal of the beautifully regenerated Victorian or Georgian property is something many dream about. According to the survey, qualities associated with an older home include historical character, original features, and large rooms and gardens. However, there’s also an acknowledgement that they come with difficulties such as high maintenance and expensive running costs.

Interestingly, older buyers (those aged over 50) are more likely than those in the 20s and 30s to own a pre-2000 property, with only 10 per cent living in a new-build. Meanwhile, 21 per cent of 21-50 year olds live in a home built since the millennium: a sign that young people will forego period character for convenience and environmentally-friendly features.

In the end, it comes down to weighing up the pros and cons of the property you’re seriously thinking about buying. “As mortgage brokers, we see every kind of home,” says Simon Nimmo from Charles Cameron. “In London, there are more period properties than anywhere else, but there are also new developments springing up around transport hubs, and they can work for people of any age. The key is understanding what your priorities are – and work from those. And we’re always happy to provide our expert advice when you’re making that decision.”

Things to consider as a new landlord

Five ways to improve your chances of getting your first mortgage